White Coat Hypertension or High Blood Pressure: Which Do You Have?

George, a 54-year-old general contractor, has been under a great deal of stress. With building contracts taking longer to do George is losing money. At his doctor’s appointment, his blood pressure was 140/86 at the nurse’s station.

When the doctor checked his blood pressure it spiked to 160/94. George was afraid the doctor will find something wrong with him during his exam. George was stressed when he arrived. His doctor has recommended that George start on a hypertension medication.

Clara has always the nervous type. She has recently moved to a new town and needs to find a new physician. At 27 she has always been afraid of doctors ever since an extensive illness as a child.

Across the nation, this scenario plays out thousands of times every day.

A systematic review has discovered that recordings taken by doctors are significantly higher than when the same patients are tested by nurses.

A systematic review led by the University of Exeter Medical School, and supported by the National Institute for Health Research Collaboration for Leadership in Applied Health Research and Care in the South West Peninsula (NIHR PenCLAHRC), has discovered that recordings taken by doctors are significantly higher (by 7/4mmHg) than when the same patients are tested by nurses.

Dr. Christopher Clark, of the University of Exeter Medical School, said the findings, published in the British Journal of General Practice, should lead to changes in clinical practice.

“Doctors should continue to measure blood pressure as part of the assessment of an ill patient or a routine check-up, but not where clinical decisions on blood pressure treatment depend on the outcome.

The difference we noted is enough to tip some patients over the threshold for treatment for high blood pressure, and unnecessary medication can lead to unwanted side-effects.

Some patients may be erroneously asked to continue to monitor their own blood pressure at home, which can build anxiety. These inappropriate measures could all be avoided by the simple measure of someone other than a doctor taking the blood pressure recording.”

The phenomenon of doctors recording higher blood pressure is known as the “White Coat Hypertension,” and is thought to result from the patient’s physical response to being assessed by a doctor.

It has previously been noted in a number of studies, but Dr. Clark’s research is the first comprehensive analysis of available data to quantify this effect.

The team examined the blood pressure levels of 1,019 individuals whose measurements had been taken by both doctors and nurses at the same visit. Dr. Clark said: “Our results were pooled from different settings across ten countries, so we can be confident that they can be generalized to any healthcare environment where blood pressure is being measured.

What Is White Coat Hypertension?

The 2005 American Heart Association guidelines for the measurement of blood pressure in humans defined white coat hypertension (WCHT) as persistently elevated blood pressure (BP) ‘in the presence of a healthcare worker, particularly a physician’ (≥ 140/90 mmHg) in patients not taking medication, with an average awake ambulatory blood pressure monitoring (ABPM) < 135/85 mmHg.

Arlene has just had her blood pressure checked, “But it was fine when I took it at home,” is what office nurses often hear as they unwrap the blood pressure cuff from a patient’s arm. White coat hypertension is no myth, says Mary Bauman, a physician on staff with Intergris Family Care Central in Oklahoma City.

“If you run up the stairs to the doctor’s office, if you’re in traffic and you’re trying to get there, your blood pressure may be elevated,” Bauman says. “Everybody’s blood pressure goes up at certain times. It’s supposed to.” Do You Really Have High Blood Pressure?

In both scenarios at the beginning of our article, both patients where prescribed hypertension medicine after a single reading. Seem farfetched? It isn’t. It happens every day.

If you have been prescribed a blood pressure medication based on a single high number at your doctor’s office, you may want to ask if you really need it. That blood pressure reading might be misleading, according to an influential panel of government experts.

In its draft recommendation, the U.S. Preventive Services Task Force has concluded that a hypertension diagnosis made at a clinic or doctor’s office should be verified by a series of readings taken as you go about your day. Here’s why ambulatory monitoring – done away from a medical setting – gives a truer picture of your blood pressure.

“When you have your blood pressure checked in the doctor’s office, you’re in an artificial environment that is not reflective of the vast majority of the time when your blood pressure is going through its daily excursions,” says cardiologist Dr. Elliott Antman, professor of medicine at Harvard Medical School.

Throughout the course of a day, the average person’s systolic blood pressure (the first number in the reading) may fluctuate considerably.

If their blood pressure is high at other times, however, they may have a condition called masked hypertension.

The U.S. Preventive Services Task Force, a federally sponsored group that draws up medical guidelines, recommends that people measure their blood pressure outside of the medical setting to confirm a diagnosis of high blood pressure before starting treatment.

What Is Ambulatory Blood Pressure Monitoring?

Ambulatory Blood Pressure Monitoring (ABPM) is when your blood pressure is being measured as you move around, living your normal daily life. It is normally carried over 24 hours.

It uses a small digital blood pressure machine that is attached to a belt around your body and which is connected to a cuff around your upper arm. It small enough that you can go about your normal daily life and even sleep with it on.

Bio-Feedback and the Relaxation Response

Early in his career as a cardiologist, Herbert Benson M.D in his book, “The Relaxation Response” Stated the following. “I was intrigued by the observation that patients had higher blood pressure during times of stress.

In fact, that connection, was a part of popular folklore. The notion that you’ll raise your blood pressure if you get upset, was common among physicians and laymen alike.”

If your doctor found that your blood pressure was elevated you would be treated with medication. That meant that people who had high blood pressure only during times of stress were needlessly being treated. At the time doctors did not understand that by distressing the person their blood pressure would go down

According to Kranitz and Lehrer et al…”Biofeedback appears to be a promising alternative or adjunct therapy for a variety of cardiovascular disorders.

Biofeedback could be particularly useful when traditional therapies are contraindicated when psychologic factors, including stress, are complicating contributive factors.

It could also be an effective way to reduce the risk of developing more serious problems such as myocardial infarction or stroke, in which risk factors such as reactivity or hypertension are already present.”

In an earlier study that was consistent with Patel’s earlier work demonstrating that participants’ in the practice of yoga, which included a breathing exercise, and biofeedback effectively managed their blood pressure. Among medicated hypertensives, Patel found that drug requirements had decreased by 41%.25

According to the “Journal Of The American Society Of Hypertension” January 2015, Volume 9, Issue 1, pages 38-47. In an article entitled RESPeRATE: the role of paced breathing in hypertension treatment.

The following was written: Despite a good adherence to lifestyle modifications and antihypertensive drugs, hypertension remains resistant in more than one–third of patients, thus creating the need for additional strategies, including non–pharmacologic approaches.

Slow and deep breathing (“paced breathing”) associated in the past with meditation has a direct antihypertensive effect by increasing baroreflex sensitivity. With the method of guiding the pace of breathing, a US Food and Drug Administration–certified device, RESPeRATE, may offer an easy, efficient, inexpensive, and noninvasive option for treating hypertension.

Multiple studies showed a significant reduction of blood pressure when RESPeRATE was evaluated in a home and office setting. In conclusion, this review outlines the pathophysiologic background of paced respiration, describes RESPeRATE clinical trials, and presents briefly other guided breathing alternatives.

So this morning I spoke with Dr. Benjamin Gavish about the role RESPeRATE could play in treating “White Coat Syndrome” Dr. Gavish is a world-renowned multidisciplinary biophysicist, an active researcher in blood vessels and blood-pressure-related phenomena…

When I asked for his clinical advice for the treatment of “White Coat Syndrome” he explained to me that he found three ways to effectively assist a patient experiencing this phenomenon:

From my own personal experience of using RESPeRATE I have found not only has it dramatically reduced my blood pressure but it has also decreased my incidence of anxiety and panic attacks. When I feel a panic attack beginning I can go to my bedroom and start a RESPeRATE session. At the end of the session, my body has returned to normal.

High blood pressure is a serious medical condition that does have to be treated. But in light of the current research, are to many people being put on medication too soon? Have we become so used to treating everything with pills that we no longer stop to ask should it be done now? Many physicians are now reluctant to start treating hypertension of the first sign of elevation.

Many physicians are siding with caution and allowing clients to begin home monitoring. This requires diligence an honesty on the part of the patient. By doing this and maybe including ambulatory blood pressure monitoring it may be determined whether you are suffering from white coat syndrome or you have high blood pressure.

References used for this article:

RESPeRATE is the only non-drug, FDA-Cleared device for lowering blood pressure naturally. It is clinically proven, doctor recommended and has no side effects.

RESPeRATE lowers blood pressure by relaxing constricted blood vessels which cause high blood pressure. RESPeRATE does so by harnessing the therapeutic power of slow-paced breathing with prolonged exhalation in a way that is virtually impossible to achieve on your own. All you have to do is breathe along with RESPeRATE’s guiding tones.

Get 10 Tips to Lower Blood Pressure.

You will also receive our bi-weekly RESPeRATE Journal. 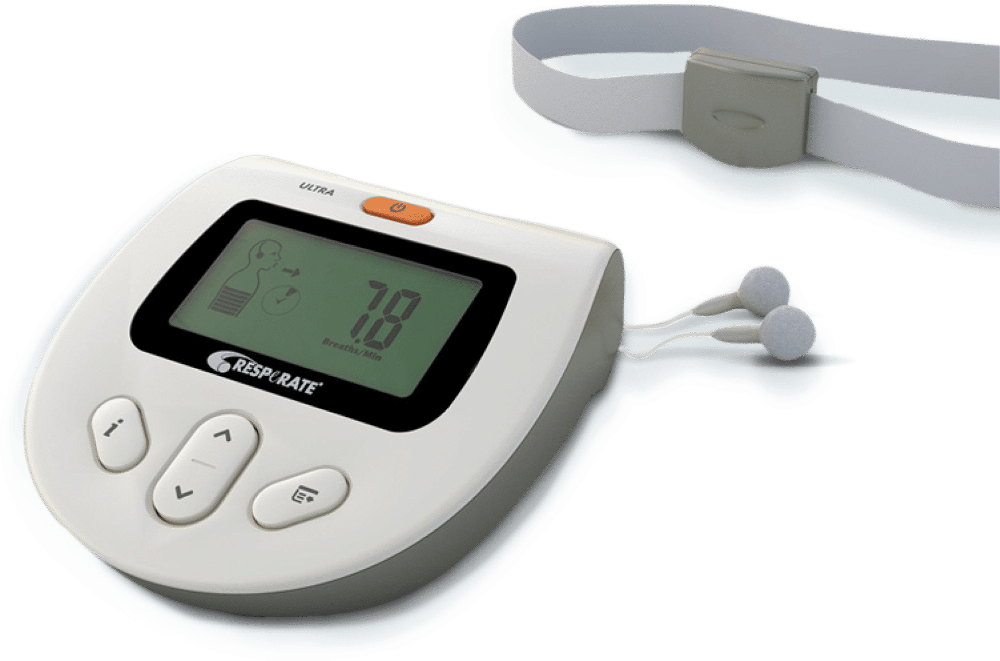 Types of Hypertension – Understanding the Differences

What is Normal Blood Pressure? 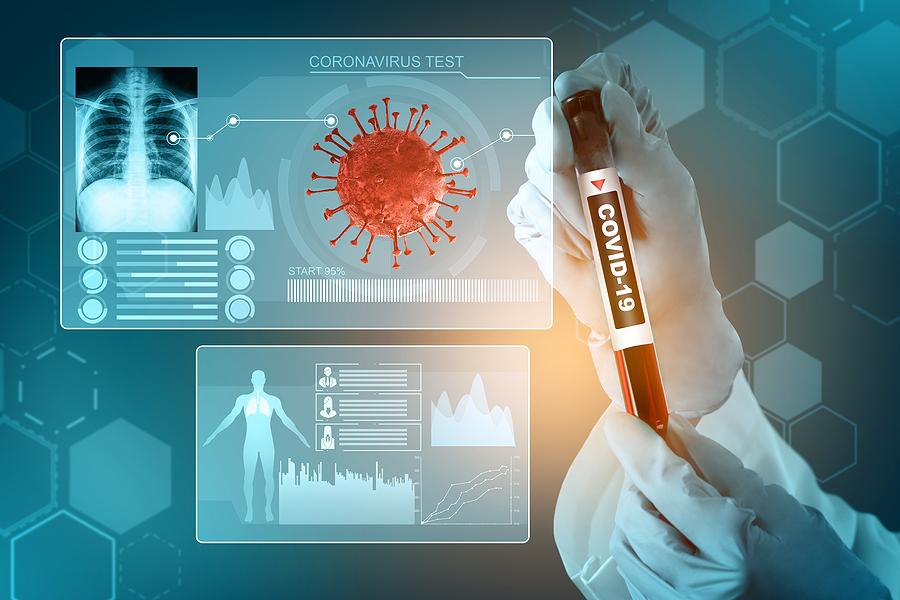 Covid-19 & Hypertension: What you need to know

White Coat Hypertension or High Blood Pressure: Which Do You Have?

What are the Causes of High Blood Pressure?

Download Brochure
No Thanks
Our Spring Sale Has Started

You can see how this popup was set up in our step-by-step guide: https://wppopupmaker.com/guides/auto-opening-announcement-popups/

RESPeRATE’s device guided breathing technology invented by Dr. Benjamin Gavish includes over 30 patents and pending patents in the US and abroad including: